The US Marine Corps defines discipline as “the instant and willing obedience to orders.” That’s a somewhat simplistic definition, easy to teach recruits to scream on command in boot camp, so let’s dig a little further into what it actually entails. In this context, a disciplined Marine would carry out a defined plan of action without hesitation or delay. They are expected to know their role and responsibilities and execute them, or else the entire plan may come apart and people may die.

What does this have to do with Overwatch? Everyone knows by now that you’re supposed to group up as six before a push, that you’re not supposed to stand and poke through the chokepoint. Yet players still routinely fail to perform these simple tasks. Why? Because they lack discipline.

What does it even matter, though? Nine times out of ten, you can hang out up front and spam a few shots and nothing happens. But that one time, you eat a Hanzo arrow to the face, and your team has to either take a fight at a disadvantage, or wait the 15-20 seconds for your respawn and movement. It seems like a small thing, but these small things add up. Over the course of a single match, how many fights are there? Say, 20. How many players are taking those small unnecessary risks? 20 fights, 6 players per team, and 10 percent of the time someone dies because of it? That’s 12 occurrences, at a penalty of 15 seconds each. That adds up to 180 seconds, or 3 full minutes simply wasted. Of course, there might be some overlap in deaths, reducing the total amount, but the point still stands.

Every player on a team that exercises discipline and properly groups up without taking unnecessary risk saves their team up to 30 seconds. 30 seconds is a lot in Overwatch. That’s an entire extra teamfight. How many times do you think another 30 seconds could have got you the win? Just a little bit further, if only we had a little more time? If the whole team can be disciplined, you are giving yourselves entire minutes worth of extra opportunities.

These little lapses in discipline also come up in other ways, that can cause a lost fight all on their own. Sometimes, you may see a team come up with a plan, “We’re going to amp speed, run through the choke, and go left through the room, and then straight to the point.” As your team rushes en masse, a few shots get traded back and forth, and the enemy healer takes a couple hits. “Oh wow, just 2 more shots and they’re finished, and we’ll have a big advantage!” someone thinks. So they peel off from the plan to go get that finishing blow and be a hero. 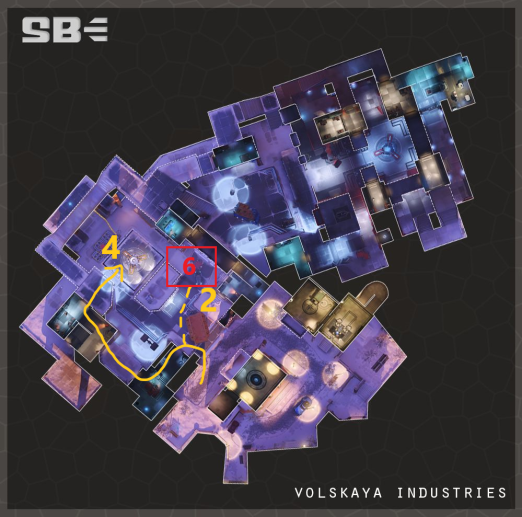 Except now the team is split up, because some folks are following the plan, and one or two others have deviated. The enemy team didn’t even have to do anything to create a mismatch or split up your team, it’s been done on your own. Those two opportunistic fellows will most likely run straight into six enemy heroes as they try to circle around, and that’s not a fight that will be won. Ever. Two dead, now it’s a six vs four, and most likely a lost team fight.

Instead, follow the plan, stick together, and don’t lose the fight before it even starts. In short, exercise just a little bit of discipline.