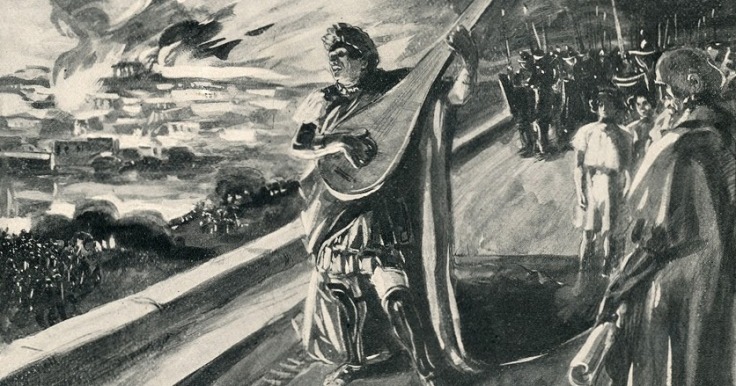 In the past, I’ve been critical of political insertions into our video games and I feel I’ve done that with good reason. It’s no secret that politics are entering the world of gaming and players are quick to call out the responsible parties for any perceived offense. Sadly, this makes it sound as if both major political parties are responsible however the greatest offenders seem to be those that identify as “Social Justice Warriors” and their political affiliation is nowhere close to neutral. I’ve been hesitant to approach this from a one-sided perspective but I feel that it’s no longer appropriate to pretend that both parties are playing the same game, so to speak. Games have become the latest battlefield in the cultural war that dominates our political landscape. That being said, these “SJWs” haven’t simply made games that explore their ever-changing ideologies. Had that been the case, we wouldn’t be discussing the negative impact they’ve had on our media. The individuals that identify by this specific brand have actively subverted storytelling narratives in order to change public opinion on issues they deem critical. This is propaganda, pure and simple and it’s hiding in the form of entertainment. The easiest solution is to ignore it and that seems to be exactly what the players are doing.

Through previous articles, I’ve talked about bad storytelling in the form of propaganda. Basically speaking, if you’re looking to tell a political story instead of an artistic story, you’re creating propaganda and not art. The same can be said if you’re looking to pepper your game with nuggets of political information. I consider the latter to be of more insidious intent as the developers or writers will claim that you’re being overly sensitive or hypercritical of a very small portion of the game. It relates to the first problem in that you still set out to tell a propaganda story but you’ve concealed it so well that you’re able to convince people that’s not the case. In both scenarios, the creators of the game are lying to their customers and no one knows exactly how to quantify that when it comes in the form of media. The problem isn’t in the deception, it’s that I have no basis of trust with the developer after that deception. It’s similar to football fans going to the Superbowl and instead of throwing the ball around for a few hours, the players take the field and perform choreographed ballet around a dead pig. If the event coordinators tried to claim these things were the same, the players would riot. You might think this is an absurd example, yet the same thing is occurring right now with the game Battlefield V, set to release in late October. We’re expecting one set of experiences out of the game and we’re about to be treated to something entirely different.

So let’s ask ourselves if we’re being too critical of these games. Certainly, the developers have the right to tell whatever story they want. In that same hand, the players have a right to tell the developers they’re not interested in what they have to say. This system works out pretty well in other forms of entertainment and we don’t typically see the same level of backlash as we do in gaming. The conflict is really about the expectation of experience. Consider the incredible storytelling that occurred in the Mass Effect and Dragon Age games. With the exception of Mass Effect: Andromeda, I own every title from both of these intellectual properties. My expectation is that I’ll be treated to a sixty plus hour story where character growth culminates in a large scale battle to determine the fate of these fantastic worlds. The NPCs I meet in the game will have their own story arcs that I can discover to learn more about their motivations and experience. All of this serves to shape the experience of those worlds. When the developer chooses to stop the story of that world to tell one about ours, I’m instantly removed from the experience. They’ve tainted thousands of hours of work in order to take a jab at a political ideology. Where once this was a rare occurrence, it’s now the prevailing expectation for gamers. We’re not being overly critical, we’re simply tailoring our expectations to match previous outcomes.

I believe this is causing a fundamental erosion of our entertainment medium. I saw the initial trailer for Battlefield V at E3. My response was the same as many in the community, namely that we felt the game was going to flop because they were pushing a political narrative. You can argue against that point of view, however, EA has effectively confirmed those suspicions in a number of politically charged press releases and tweets. It would be unfair to lay the burden of this argument against a game like Battlefield, however. Instead, I’d like to examine another industry giant where this same process is occurring. Disney’s reboot of the Star Wars franchise had a lot of longtime fans, myself included, curious as to what direction the company would take the fourty-year-old franchise. The first film in the series, The Force Awakens was met with mixed reviews. Fans cited weak storytelling and “SJW” overtones as a cause for their dissatisfaction. That being said, it did very well in the US market. The second major release, The Last Jedi, was met with much higher criticism, fans once again citing the same problems. Much has been said on the matter and it’s easy to find the arguments to support this political infestation of the series but as a result, the spin-off film, Solo, did very poorly in theaters. Many lifelong fans, myself included, have no intention of seeing the third installment of our once beloved series. For a company interested in the bottom line, Star Wars just became an undesirable market to be a part of. I believe this means we’ll see fewer Star Wars games in the future and if they carry the same taint that the films did, fewer and fewer gamers will be a part of them.

My conclusion? SJW culture is killing gaming in a very literal fashion. The views are only held in a group mentality and anything that doesn’t conform to the constantly changing tribal dynamic is discarded in violent fashion. If their mindset was large enough to dominate the market, these games would do financially well, assuming these people also took part in that market. However, this doesn’t seem to be the case. The SJW sub-culture dictating game design are a very small minority with a very large soapbox. Typically, these games are experienced by younger males, the latter part of that group being a frequent target of attack by these people. Inevitably the characters designed in Battlefield V, for example, won’t be experienced by their intended audience. So the question arises; “Just who the hell is EA making this game for?” It sounds like they’re committing financial suicide in order to push a political agenda that won’t be received well by the intended audience. My only thoughts are this revolves around garnering favor in the gaming media who will laud the game as a cultural masterpiece. This, in turn, fuels the conversation and convinces more companies to invest in building these same sorts of stories. After all, Battlefield V will be a commercial success regardless of the sales. In the worst case scenario, they’ll break even on their development costs and pave the road for asset reuse in Battlefield (6).

It’s a sad set of affairs that we’re allowing a political minority with unpopular opinions to dictate the movements of a multi-billion dollar industry. Gaming is built on the ideas of fair play and functioning mechanics. The players have a social contract with the developers that say “If you make fun experiences we’ll buy them.”  If the new modus operandi functions around political entities entering our entertainment to sway public opinion, I promise neither side will enjoy the division that comes from a Fox News versus CNN mentality. I fully believe that Battlefield V represents an incursion of political ideas masquerading as entertainment. I felt the same way about Mass Effect: Andromeda. I know this to be true of a plethora of smaller indie projects. Make no mistake, I’m not an unbiased creature. None of us are even if we pretend to be. My only request is that if my beliefs are going to be out on the table, yours are as well. If you want to have a discussion about which of those ideas are stronger, it must be done through a point of truth and not one of deception. In similar fashion, you don’t get to degrade the industry you’re apart of and then expect your consumers to be content with that experience. As the saying goes, “You can’t have your cake and eat it too.” SJW gaming seems to be more akin to another saying however…

One thought on “The Political Battlefield of Games”