Shane Cobb. The name of this shipment. I load him up into my best cargo hold… I mean, I escort him to my best cabin. I have transported so many people now that they all blur together. People are just another kind of cargo. They simply pay better. I’m starting to lose my touch and in my head I no longer distinguish between a crate and a person. It’s just something that needs to go somewhere else. This thing is going on a round trip. Hit a couple beacons and then back home to Appel Station.

The first stop is entirely uneventful. I start to wonder if I’m in the right line of work. The stars fly by as I eat a meal off the console in front of me. The food smears across my instruments as I grab the flight stick to avoid a star. News from GALNET drones on in the background. I hear it, but I’m not listening. I am thinking of the adventures I’ve had out in the black, exploring undiscovered systems. I think of past conflicts and close calls, remembering the excitement I felt with a sense of fondness. 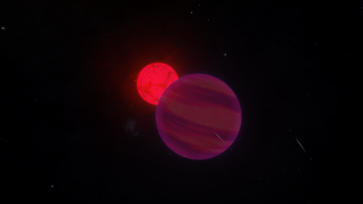 The second stop also passes without any excitement, and not a peep heard from the cargo. The sights are spectacular but I can barely find the motivation to capture them. Perhaps I will take on a new mission or even a new occupation. Having tasted the rush of being close to battle has left me wanting more. The possibility of a fiery and explosive death at any moment had never made me feel more alive. Going back to running tourists around the civilized systems seems unbearably dull now in comparison and I would even venture to say that I feel a bit dead inside.

The third stop is the furthest and I get a good amount of scan data to sell on the way. As nice as a smooth payout is for an honest job well done, I find myself wishing for a problem. Anything. I won’t get any pirates because I’m not carrying anything of value. Shane Cobb isn’t worth much to anyone but me right now. Neither of us are wanted by anyone, so no bounty hunters or patrols will give us any trouble. The closest I get to adventure is firing up my frame shift drive too close to a star causing all sorts of complaints from the computer.

On the way back to Appel station I try to alleviate the monotony by taking a detour. I stop in the Zephyrus system to do some exploring. “I won’t be long. Stay on the ship and don’t touch anything.” I announce over the ship’s intercom as I prep the Scarab to launch. The red rock I landed on is possibly the most empty and boring rock I’ve seen, though it does remind me of the one I left a previous passenger stranded on a while back. I drive around for a little while and find nothing of note. “Back on board, brace for launch.”

We make it back to Appel Station with no incidents. Shane leaves and I get paid. I walk down to a place I have not been in a long time, the armory. “My ship is on Pad 3. Load her up with cannons, the best you’ve got.” I tell the bored looking man staffing the front desk. I toss him the credits I had just received from my passenger. “Thanks for the guns Shane.” I mutter as I watch a few tired looking mechanics start hoisting some fearsome looking cannons onto transports bound for my taxi. With these, I can definitely find some adventure and maybe I’ll become a bit more than just a galactic uber driver.

One thought on “Diary of A Galactic Uber Driver: Yearning For More”